Jupyter is an interactive computing environment that allows users to create heterogeneous documents called notebooks that can mix executable code, markdown text with MathJax, multimedia, static and interactive charts, and more. A notebook is typically a complete and self-contained record of a computation, and can be converted to various formats and shared with others. Jupyter thus supports a form of literate programming. Several of the posts on this blog, including this one, were written as Jupyter notebooks. Jupyter is an extremely popular tool for doing data science in Python due to its interactive nature, good support for iterative and experimental computation, and ability to create a finished artifact combining both scientific text (with math) and code. It’s easiest to start to understand this by looking at an example of a finished notebook. 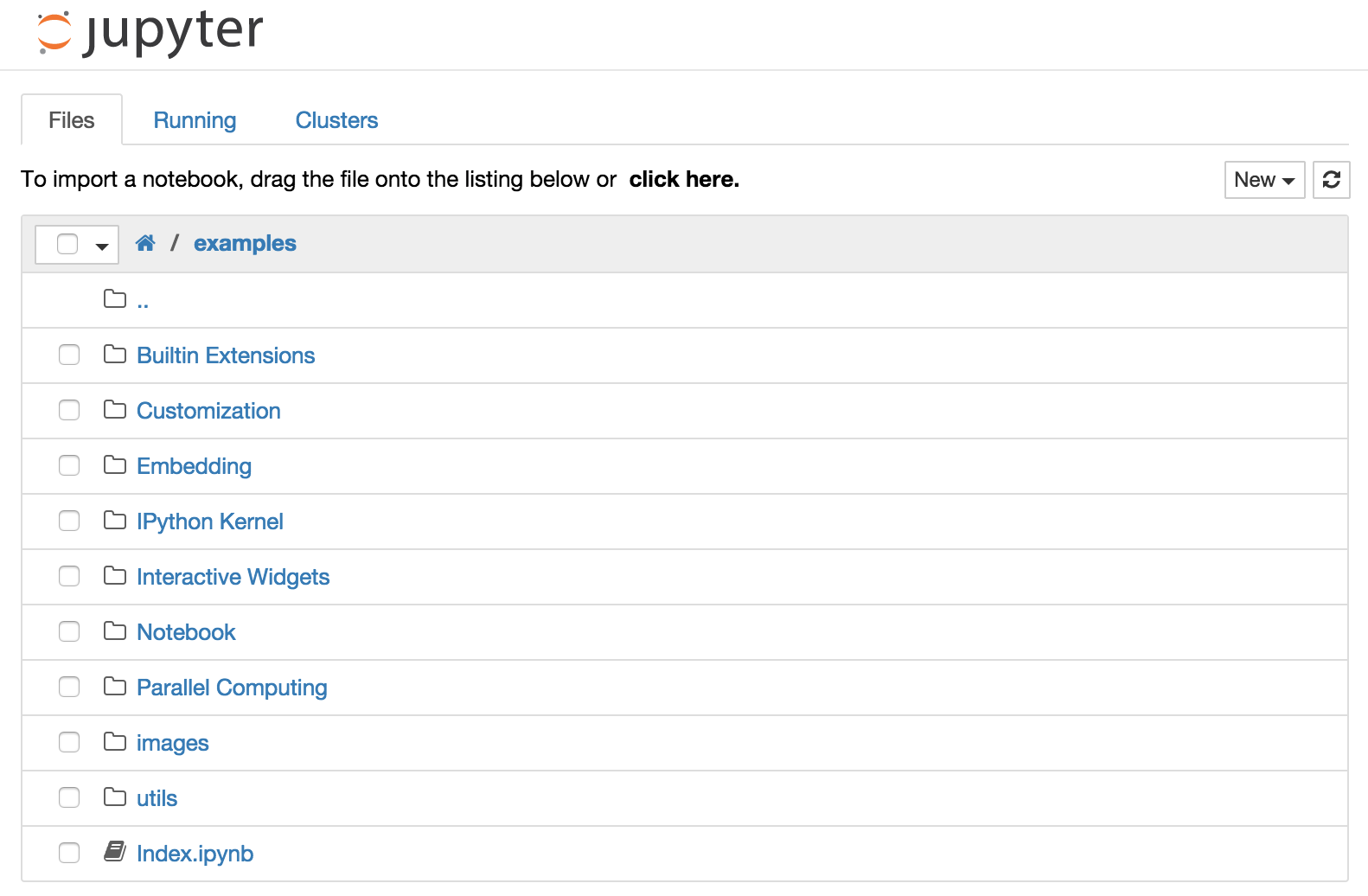 To create a new notebook, use the menu option “File - New - Notebook” (JupyterLab), click on the “New” button at the top of the list and select a kernel from the dropdown menu. Which kernels are listed depend on what’s installed on the server.

To view the running notebooks and shutdown a notebook, click the “Running” tab on the left side of the window, and then the “Shutdown” button next to the notebook in question.

If for some reason your notebook kernel hangs (e.g. waiting on some I/O that never happens, or due to a long running process), you can interrupt the execution by selecting “Interrupt Kernel” from the Kernel menu.

More generally, you can use Python print statements to print info to the cell output, or you can put a Python expression (often just a variable name) at the end of the code cell and have that print automatically. It’s possible to extend this latter functionality to multiple expressions by executing this code in a cell:

The result of execution of the most recently executed cell is assigned to a special variable, ‘_’:

You can execute a shell command in a cell by starting it with ‘!’. For example, if your notebook relies on certain packages, you may want to start with a cell that uses shell commands to pip install the dependencies.

It’s possible to assign this to a variable:

The notebook is saved automatically periodically. Expplicitly saving the notebook from the toolbar or file menu actually creates a time-stamped “checkpoint”, and you can revert to a saved checkpoint from the file menu.

will render as shown below when the cell is “executed”:

Surrounding with single $ signs renders the math inline while double $ renders as a separate block.

You can easily create your own magics; they are just Python functions. You just need to import the appropriate Python decorators and then annotate your function. We’re getting ahead of ourselves but a quick example should illustrate:

Restart Jupyter. In Jupyter Notebook, in the Edit menu you should see a new option nbextensions config. This will open up a new tab where you can easily enable or disable extensions with a checkbox. There doesn’t yet seem to be an equivelent option in JupyterLab for setting these so for now just use Jupyter Notebook for changing which extensions you want enabled.

Here’s an example, which is an overview of Jupyter :-) http://quasiben.github.io/dfwmeetup_2014/#/