In the past few posts I have discussed a diverse set of topics, from number representation to recurrence relations, Pythagorean triples.

All of these topics are related, and this is particularly illustrated when we consider the work of Leonardo of Pisa, better known as Fibonacci (from the Latin “de filiis Bonacci”, or “of the family of Bonacci”). Fibonacci was born in 1175, in Pisa, Italy, shortly after the start of the construction of the famous leaning tower. The city of Pisa was a maritime republic which had its own colonies, including Bugia (in modern day Algeria), where Leonardo’s father moved in 1192 to be a clerk in the customs house. It was here that Fibonacci became acquainted with the Hindu numerals and zero, and where his Muslim teacher introduced him to the the great book Al-Jabr wal-Muqabalah. Fibonacci subsequently travelled broadly, where he learnt from mathematicians of different cultures. Around 1200 he returned to Pisa and began work on his masterpiece Liber Abaci, which was published in 1202, and begins with these words:

With these nine figures, and with the sign 0, which the Arabs call zephyr, any number whatsoever is written”.

This is the earliest known formal mention of the decadic Hindu-Arabic number system in the Western world. 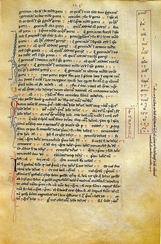 The Liber Abaci contains a large collection of problems, some aimed at merchants, but most related to algebra and what would now days be considered number theory. One of these problems concerned the rate of reproduction of rabbits, and how the number of pairs of rabbits grows over successive generations assuming each pair spawns another at each generation. If each pair takes one generation to mature, then the number of adult pairs is given by the sequence:

which are the now-famous Fibonacci numbers, defined by the recurrence relation:

These numbers are a source of endless fascination, as they appear in various guises throughout nature, art, architecture, and mathematics. For example, the number of spirals of bracts on pineapples and pinecones are Fibonacci numbers, as are the number of branches on some species of trees, the number of ancestors at each generation of male bees, and more. Furthermore, the ratio between consecutive Fibonacci numbers approaches phi, the golden ratio, which again appears throughout art and science. Many of these relationships only began to be noticed in the 1800’s, and it was in the mid-1800’s that the name “Fibonacci numbers” was given them by Edouard Lucas - the inventor of the Tower of Hanoi puzzle. Today they still command attention, so much so that there is a quarterly journal dedicated to their exploration!

Can you prove the following?

which contradicts the triangle inequality - namely that the sum of any two sides of a triangle must be greater than the third side.